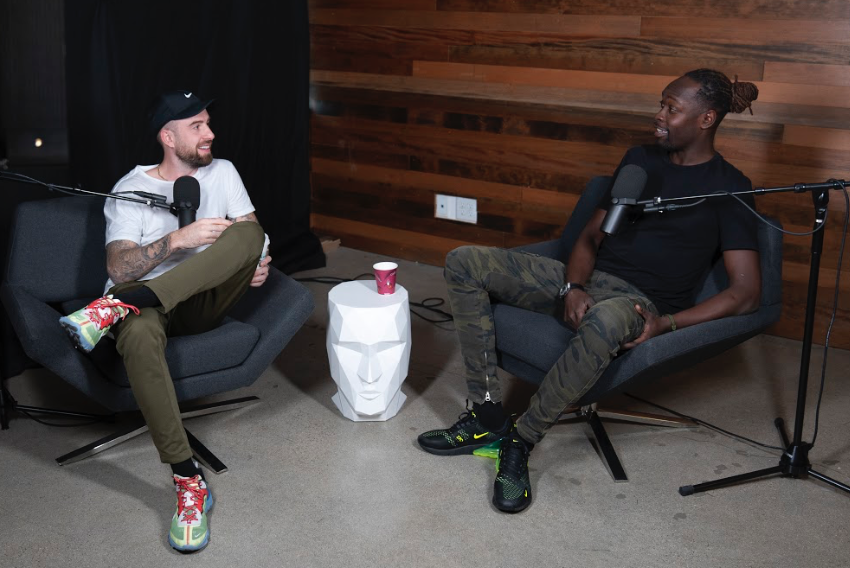 This past week Rastaclat founder, Daniel Kasidi, guest starred on the popular Short Story Long Podcast hosted by fellow entrepreneur Chris “Drama” Pfaff. Although the two come from the same world of skate and streetwear they had yet to cross paths until now.

Due to several recommendations from Drama’s friends, the Young & Reckless founder decided to bring Kasidi in for an interview. Knowing little about the backstory of the immigrant entrepreneur, Drama quickly became a student learning about all aspects of life and business from the Kenya native.

Reminiscing about his plane ride to the land of opportunity, Kasidi was awestruck at the sights of freeways and hundreds of cars that looked like ants. It was at that moment the then five-year-old knew his life would never be the same.

Kasidi proceeded to share some of the adversities of being a young boy struggling with english and fitting in. His creative, artistic ability, and eagerness to learn about activities those around him were participating in is what ultimately aided him in navigating his way in his new home.

Fast-forward to high school, the idea of Rastaclat was born. One day waiting for his friends to head out for a skate session, Kasidi took a shoelace from a pair of shoes, braided it, and lit the edges to create it into a bracelet. At that moment the high-schooler saw his creation as a freedom of expression. The following day at school, friends asked the young creative if they could get bracelets of their own. Kasidi’s bracelets were a hit at school — friends were raving about how they felt a new found confidence due to someone noticing their bracelet. It was then that Kasidi realized his bracelet held a power of positivity.

Placing his idea in his back pocket, the high school graduate proceeded to work a sales job. Soon after his job fell through he went on to obtain a Bachelors in Creative Design & Merchandise at the Fashion Institute of Design and Merchandise. His education paved the way for him to work with amazing companies under the license of Levis and Reebok.

Landing himself a job fresh out of college, Kasidi suddenly found himself bedridden due to a fractured hip. After losing his job due to his inability to work, he soon realized it was a blessing in disguise. With knowledge of the fashion and business world, he knew now was the time to take Rastaclat out of his back pocket.

“I tend to think life is like a pendulum — a door that swings open and closes — you just have to understand that when it opens, run right through it because you never know when that’s going to swing again.”

Kasidi’s positive outlook on life sent him through the door of opportunity where Rastaclat was ultimately created. To this day the bracelet stands with the same meaning it did back in the halls of high school — a bracelet which symbolizes seeking the positive and a freedom of expression.

Head to Short Story Long for more of Daniel Kasidi, Rastaclat, and some positive vibrations.