Startup Reimagines the Way We Drink From Water Bottles

Learning about the harsh realities of sugar brought on the founding of Fred Water. The problem? Water is currently seen as a “boring” necessity, and it certainly isn’t seen as cool.  The founders of Fred Water believe positive marketing can inspire a healthier lifestyle and help reverse the trends of preventable disease such as obesity and Type 2 Diabetes (particularly among children). Unhealthy sugary beverages are marketed to youth with aspiration and lifestyle, successfully giving these sugary drinks a “cool” factor. Fred Water is here to inspire the brand’s active 18-24-year-old youth target market to feel the same way about water.

In contrast to the current bottled water establishment that is built on single-use bottles, Fred Water encourages customers to refill their Fred Water bottles in an effort to keep plastic in use and out of landfills and oceans. With sustainability at the forefront of the company, Fred Water is disrupting the bottled water category by promoting drinking water and refilling from free water sources.  As a start-up in a market dominated by giant corporations like PepsiCo’s Aquafina and Coca-Cola’s Glaceau SmartWater, Fred Water is determined to redefine a stagnant category.

In 2014, there was an opportunity for Fred Water to increase awareness of the brand’s pocket friendly flask, grow sales and advance the company’s mission of encouraging people to drink more water through launching a stainless steel Fred Water Flask. Fred Water could capitalize on this opportunity and tap into the market for stainless steel bottles.

During the Fred Water Flask PR campaign planning process, the PR team focused on enhancing water’s image by positioning the brand’s pocket friendly water flasks as cool and easy to carry. The MPC PR team created a detailed plan identifying all the elements needed to establish a successful PR campaign to launch the Fred Water Flask on Kickstarter. The project goal was to raise $50,000.

MPC was key in securing the following spokespeople:

Through implementation of the MPC PR campaign, the following was achieved:

Secured and utilized targeted celebrity spokespeople to help elevate Fred Water and its Kickstarter campaign within the mainstream, skate, snow and health industries.

As a direct result of the unforeseen challenge with Lil Wayne, TMZ ran the image of Wayne holding the Fred Water Flask (provided by the MPC team) in an article to its 8,098,284 viewers.

This consumer PR program achieved the most important business objective the Fred Water team challenged the MPC team with achieving, which was raising $205,116 (more than 400% of its $50,000 goal); garnering mainstream coverage and securing a feature interview opportunity for Fred Water Co-Founders, Adam Gayner and Ariel Broggi.

This campaign achieved its success by utilizing online media and social media accounts tied to Fred Water’s contributors to create awareness of the Fred Water Flask to individuals throughout 60 countries. 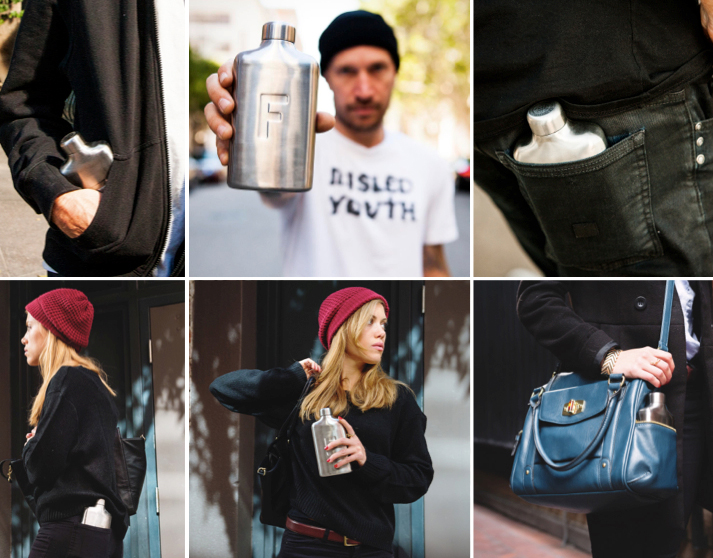